Dying Light is Techland’s most popular game with over 3.2M players

Dying Light has become developer Techland’s most popular title to date with over 3.2 million players.


Dying Light developer Techland is very happy with the performance of the game so far. In the 45 days since the game launched it became the number 1 selling game in the US, UK, France, Poland, Sweden, Australia, and many others.

The player count reached 3.2 million, according to the developer.

As a result, many feats were accomplished in the game’s world. Over 378 million zombies were killed by players who climbed over 11 million kilometres. 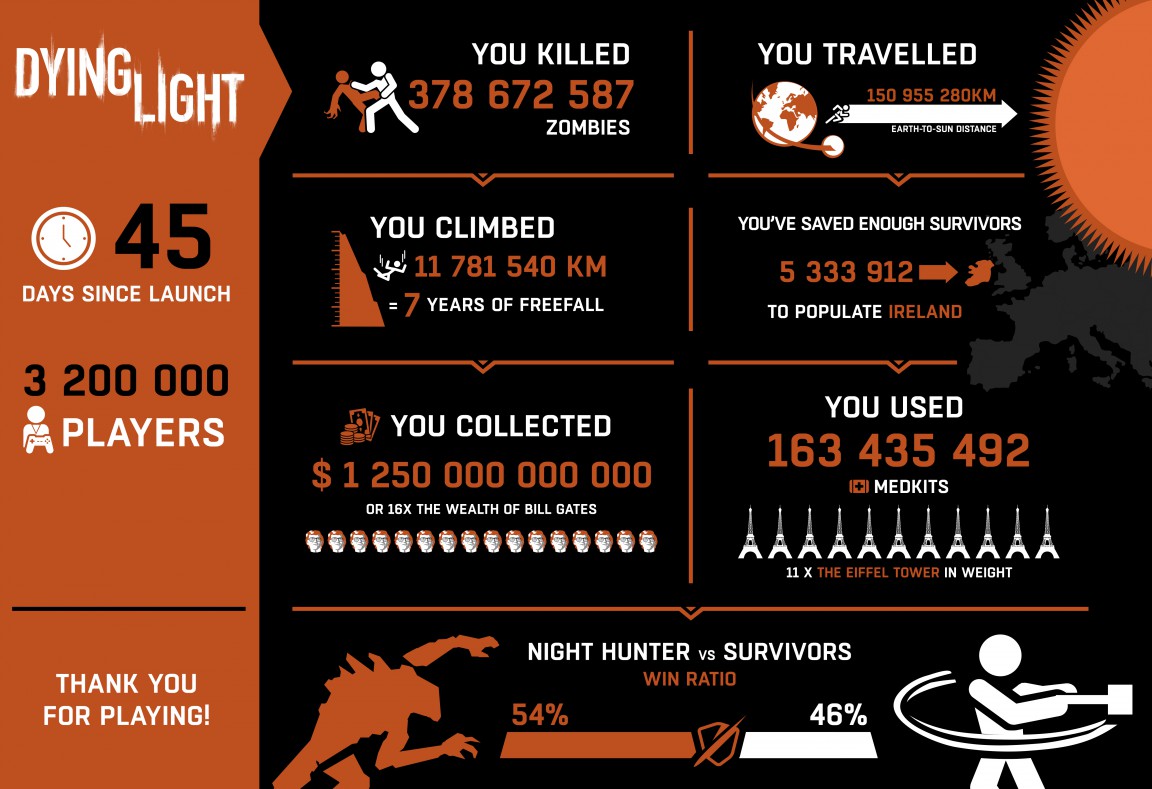