PayDay 2 and Speedrunners mask and character packs out now

As part of PayDay 2's Spring Break event, Starbreeze is collaborating with the developers of Early Access title SpeedRunners to offer a new mask and character packs.

The collaboration for Spring Break Day 8 consists of two free updates, one for each game respectively, and both are now available.

The SpeedRunners Mask Pack is for PayDay 2 and there’s a PayDay Character Pack” for SpeedRunners.

Here’s what’s included in each: 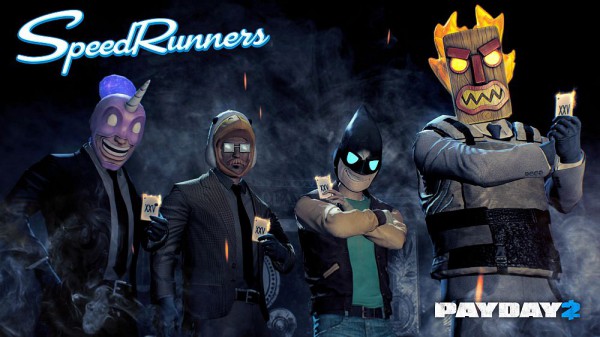