Project CARS to receive a free car every month, starting with the Lykan Hypersport

The Lykan Hypersport, the supercar featured in one of Furious 7′s action set-pieces, will be a free download for Project CARS owners. By Sherif Saed-VG247 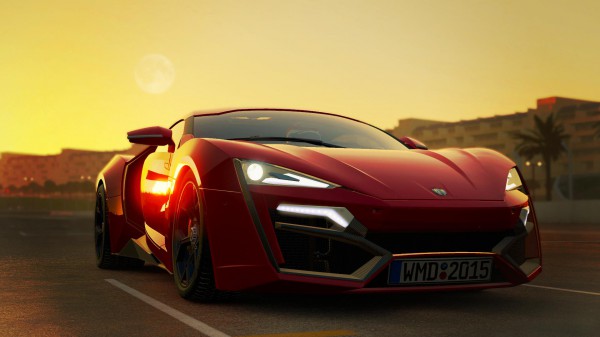 To thank the fans for their patience throughout Project CARS development and several delays, developer Slightly Mad will be giving all owners one in-game car for free each month.

The first car will be the Lykan Hypersport. Anyone going to see the Furious 7 film should be familiar with the Lykan. The car was featured in a set-piece and is capable of reaching 62mph in just 2.8 seconds.
To thank the fans for their patience throughout Project CARS development and several delays , developer Slightly Mad will be giving all owners one in-game car for free each month.


Project CARS is out this May on PC, PS4, and Xbox One.

IGN
The ultimate driver journey begins here! C.A.R.S. represents the definitive racing simulation, with a Franchise Mode that allows you to carve out a personalized career starting in the Karting world and then progressing on to whichever motorsport specialization you prefer including Rally, Touring Cars, Open-Wheel, GT, Le Mans, and many more! Players can get in at every role in professional racing -- play Co-Op with a friend as Driver/Co-Driver, and create and manage a full team to compete against friends and challengers. User-generated content lets you take advantage of the advanced graphics and physics model to design your car exactly as you want.